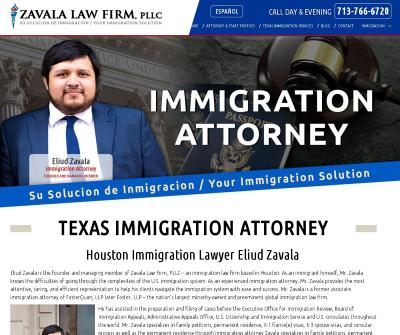 Immigration Attorney Eliud Zavala is the founder and managing member of the Zavala Law Firm, PLLC - an immigration law firm based in Houston. Mr. Zavala is a former associate immigration attorney of the nation's largest minority-owned and preeminent global immigration law firm. He has assisted in the preparation and filing of cases before the Executive Office for Immigration Review, Board of Immigration Appeals, Administrative Appeals Office, U.S. Citizenship and Immigration Service and U.S. consulates throughout the world.