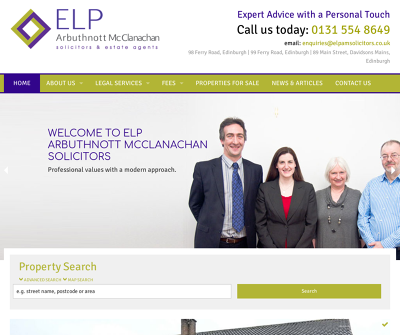 What Happens If You Don't Use All Your Annual Leave?

What is the Employer’s Policy?
Many employers operate the “Use It or Lose It” policy. This would tend to have the effect that if an employee or worker reaches the end of their holiday year and has not taken their entitlement, they will lose it and will not be able to carry it forward into the next holiday year.

Employment contracts are all different and should state the Employer’s Policy on using holiday entitlement. Common options are:

Where is the law on this found?
The Employment Law position on these matters is slightly complicated. The starting point is to consider what the parties to the employment contract have agreed in that contract, and in some situations what they are deemed to have agreed through their ongoing actions. This will often be viewed as meaning that an employer’s “use it or lose it” rule can be enforced. However, employees’ and workers’ holiday entitlements derive both from employment contracts and from statutory employment law. Statutory employment law on holiday leave and pay entitlement comes from the Working Time Regulations, which must in turn meet the minimum requirements set down by the European Union’s Working Time Directive. As a result, the interpretation of the Working Time Directive by the Court of Justice of the European Union (CJEU) has a direct impact on the employment law rights of employees and workers in the United Kingdom in this and other areas of employment law.

What does the law say?
Under the Working Time Regulations, it has been clear for some time that the Employment Tribunals and the Courts will find that holiday entitlement will carry forward by law (at least for a reasonable period) in the event that the employee or worker is unable to take those holidays due to maternity leave, sick leave, or due to an employer who refuses to allow, or makes it impossible for the leave to be taken. This would be the case regardless of what the employer’s employment contracts provide.

However, the employment law position in this area may recently have broadened as a result of the Court of Justice of the European Union’s decision in the Max-Planck-Gesellschaft v Shimizu case. In this case, an employee had brought a claim for unpaid holiday in respect of an employment role in Germany. Under German law, it was found that the employee lost the right to carry over untaken leave (holidays) from one year to the next. However, on referral to the CJEU by the German Federal Labour Court, the CJEU held that the European Working Time Directive requires that if a worker did not exercise the right to paid annual leave in any year, the leave should not automatically be lost unless the employer has “diligently” brought it to the workers attention that leave would be lost. The CJEU also indicated that the burden of proof in this respect fell on the employer ie the employer had to show that it had brought the matter to the employee or worker’s attention.

What does this mean going forward?
It remains to be seen exactly how this decision will be interpreted by the Employment Tribunals and Courts in the United Kingdom. However, it is likely to lead to a change in and tightening up of employment practices, and more employers may become proactive about ensuring that employees and workers are aware of their entitlements and aware that they may be lost at the end of the holiday year.

As with many legal cases, this decision gives rise to a number of additional questions. For example, will it be decided in the future that it is enough for an employer to simply state in its employment contracts or policies that leave is to be taken during the holiday year failing which it will be lost? Alternatively, will employers be required to periodically draw employees’ and workers’ attention to their current holiday balance and remind them at various times during the year of the “use it or lose it” policy if the employer operates one? We will need to await further developments, but in the meantime employers will be well advised to err on the side of caution.

Can you get paid for unused holidays?

Duncan McFadzean is a Director in our Employment Law team. At ELP Arbuthnott McClanachan, Solicitors we provide practical expert advice to employees and small to medium sized employers on all aspects of employment law.