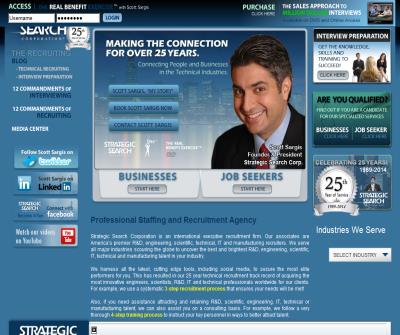 As you probably know from my past articles including “Entrepreneurs, NOT GOVERNMENT MANDATES, Are The Key To Higher Wages!“ I am a huge proponent of the free market being unshackled and allowed to create new jobs and increased wages. Though no system is perfect, historically, the free market has yielded the most Pareto Efficient mix of jobs and wages creation. One current example is the war for talent now going on in artificial intelligence (AI).

Google, Facebook, Amazon, Microsoft, Intel and other tech companies are trying to push the limits of AI. As a result, they have an insatiable appetite for AI experts. This has led them to pour huge funds into universities with AI expertise, including the University of Washington (UW), which has long been a center for AI excellence. Oren Etzioni, on leave from UW’s computer science faculty to head up Seattle-based Allen Institute for Artificial Intelligence, confirms this by saying, “There’s a massive battle under way for talent.”

Companies in AI are not only looking for experienced AI experts, but also recent PhD graduates. For example, Amazon recently advertised more than 50 AI positions in the U.S. and Europe hunting for PhD’s with specialties such as machine learning, information science and statistics.

Other current, less esoteric examples of the free market working to increase wages include the recent, voluntary wage increases at both McDonald’s and Wal-Mart. Starting July 1st, McDonald’s will increase local minimum wages by at least $1 per hour at their roughly 1,500 company owned restaurants across the U.S. Additionally, Wal-Mart will boost pay to at least $10 per hour by next year. Neither move was done out of the goodness of their hearts. Instead, the free market was working to tighten the labor market, which increased the competition for lower-paid workers. This made it a necessity for both companies to raise wages.

I realize that union, social and political activists will disagree with allowing the free market to fully work its magic. They will counter by saying that a government-mandated minimum wage is necessary to produce livable wages for lower skilled workers. What they fail to realize or share with their constituents is there are a finite number of resources that the government can offer. It is a zero sum game and if the government accentuates one area, then another area will suffer. Furthermore, many of government efforts are better offered by the private sector including jobs creation and wage growth.

However, one area all should agree upon is that when workers have more skills, such as AI, they will be more productive and in higher demand for higher paying jobs. Therefore, instead of wasting efforts on such job-contracting measures as the fight for a minimum wage, there should be more focus on those areas where the government can be useful. As I recently wrote at “Better Education Needed To Improve Job Skills And Increase Wages!“ better education, especially in the STEM areas, will yield more skilled workers, who are in higher demand by tech companies, such as those currently ramping up in AI, which in turn will lead to a lot higher wages for those workers.