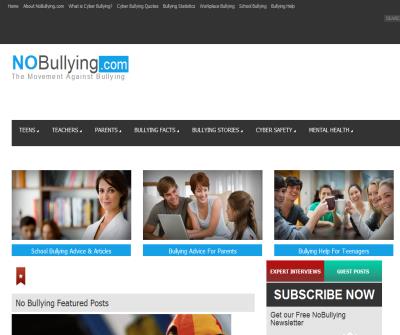 Roofied Symptoms: How Can You Tell If You Have Been Roofied?

Roofied Symptoms: What are roofies and what happens if you take one, or if one is slipped to you without your knowledge?

Roofie is a slang term for a drug that is used to cause a person to lose consciousness or to incapacitate them. Roofies are frequently given to people without their knowledge by someone who intends to commit a sexual assault on the victim. The roofie is commonly put into the victim’s drink and once it begins to take effect the victim is rendered either completely unconscious or at the very least incapable of resisting unwanted sexual advances.

There are a wide range of medications that can be used as roofies, many of them have the same effects and symptoms. Uncontrolled sleepiness, blacking out, nausea, vomiting, headaches and slurred speech are very common indicators of potentially having been roofied. Roofid victims may also have trouble seeing or breathing and in some cases, the victim may even begin hallucinating. Being roofied is very often associated with drinking alcohol, this occurs for several reasons. Victims may not be able to identify their symptoms if they have already been drinking and are intoxicated at the time that the drug is given to them. It is also extremely easy to give someone a roofie without them noticing. If someone wants to give a victim a roofie, they will offer to buy or get the victim a drink and they will slip their drug of choice into the drink before handing it off to their victim. If you haven’t been paying attention you may never know that you’ve been given a roofie.

There are several drugs that are used as roofies. Some of them are very common drugs that are prescribed throughout the country including Ambien, Xanax and Ativan. Recreational drugs including ecstasy can also be used, however, the most common drugs that are used to roofie people are Rohypnol, Ketamine and GHB. Some of the effects and warning signs for these drugs are detailed in this article. Knowledge is power. If you know what to look for, you may be able to prevent an assault from happening to you or a friend.

The drug Rohypnol has been dubbed the “date rape” drug because it is the most prevalent medication used as a means to commit sexual assault on victims. The drug is a tranquilizer with a potency of about ten times the strength of Valium. Rohypnol is illegal in the United States but it is sold in Europe and Latin America for use as a sleeping pill. The drug can be purchased in the states on the black market along with other illegal drugs. People who take the drug for recreation often crush the pills and then snort the powder or they may sprinkle it on marijuana before smoking it.

When used as a vehicle to incapacitate a potential sexual assault victim it is often dropped into a drink where it dissolves without the victim ever knowing they have ingested it. Very often people who have been slipped a roofie have no recollection of what happened to them when they were under the influence of the drug. The effects of Rohypnol typically begin being felt twenty to thirty minutes after the drug is taken, they peak within a couple of hours, and the effects may last for anywhere from eight to twelve hours.

As with most drugs, Rohypnol may have dramatically different effects depending on the person taking them. Common Rohypnol roofied symptoms include:

Sometimes victims of being roofied are awake and can observe what is happening around them or to them, but are unable to move or make any sounds or protestations. They may or may not remember what happened to them after the effects of the drug wear off.

Victims may continue to experience some roofied symptoms even after the drug wears off. For example those affected may express the following complaints:

Rohypnol isn’t the only drug that is used to roofie someone. Another alternative is GHB which comes in liquid, powder, and pill forms. GHB usually begins working in about fifteen minutes an will typically last for around three or four hours. This is a very potent drug with a high risk for overdosing, small amounts of the medication can have intense effects. GHB roofied symptoms include:

Ketamine or Special K is also used as a roofie. Special K is extremely fast acting and comes in either liquid or as a white powder. If given Special K you may be aware of what is happening to you however you would be unable to move. It often causes loss of memory, so even though you were aware of what was happening at the time, you may not be able to remember what happened while you were drugged once the effects of Special K wear off. If you have been given Special K, you may experience the following effects:

These drugs are often slipped into alcoholic beverages which intensify their normal effects, which is part of what makes them so dangerous for victims. Alcohol itself can also be considered a date rape drug, in fact it is widely considered the top substance used to commit sexual assault. Too much alcohol can affect a person’s behavior and their judgment. If a victim becomes extremely intoxicated they become highly susceptible to a potential sexual assault because:

The good news is that being roofied is actually highly preventable, if you follow these tips, you can drastically reduce your chances of becoming a victim of being given a roofie:

Some of these measures may seem extreme, but where roofies are concerned being safe rather than sorry is truly the way to go. Of course not every stranger you meet is trying to slip you a roofie, however, it only takes one time of letting your guard down or not paying attention can result in major repercussions and trauma if you aren’t paying attention.