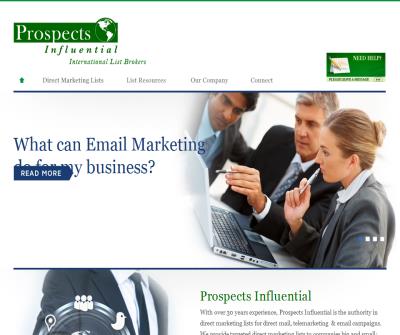 How has the DNC affected Telemarketing

Do-not-call legislation has without a doubt changed the Telemarketing industry forever. Since the National Do-Not-Call Registry went into effect in 2004, the number of records available to telemarketers has decreased substantially.

The FTC reported that as of Dec 8, 2009 there were 191.5 million numbers on the national registry.

To add to the Telemarketersâ€™ woes, there are less Phone Lists available. When the Do-Not-Call list was put into action, some list owners decided to remove their lists completely from the market. They simply did not want to have to deal with the DNC program.

Although the numbers portray a pretty bleak picture, there is still a market for Telemarketing.

While the DNC has reduced the amount of telephone numbers available, it also self-selects; the people not on the Do Not Call list are open to receiving telephone sales. The names that are left, often respond really well. The bottom line, many people who have not registered their names havenâ€™t because they want to be called!

There has also been a significant drop in the number of businesses accessing and/or paying for the national DNC registry, meaning there is now less competition for Telemarketers.

In all, over the five year period during which the national registry has been in operation, there are now over 28,000 fewer businesses (an overall drop of 38%) taking part in the program.

In addition, we have seen a shift in the marketing mix from using only telemarketing, to a greater reliance on multichannel marketing. Marketers are using the phone in conjunction with their e-mail and postal deployments, as a follow-up communication, rather than their primary sales channel.

So donâ€™t hang up that phone quite yet; all is not lost for Telemarketing. Itâ€™s still is an easy, cost-effective way to reach your targeted prospects, it consistently outperforms all other forms of marketing and it provides you with an immediate response.

The phone is still a very powerful tool for businesses, big and small, to reach out to customers. Results are highly measurable and telemarketing remains to be the most personable way to establish new customer relationships and maintain contact with existing customers.