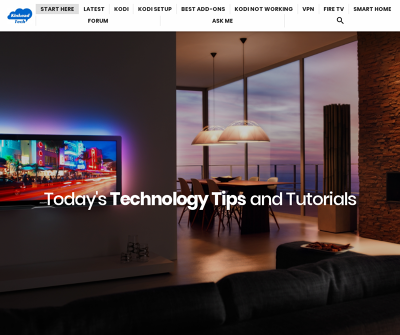 How to get awesome battery life on your Android phone

When I got my Samsung Captivate (on AT&T), my battery life was horrible. I would take it off of the charger in the morning, barely use it while at work, and it would be almost dead before I even leave work. It was seriously getting about 8 hours of battery life sometimes. Completely unacceptable.

Well, that prompted me to spend some time researching the issue to see if others have had the same issue and what others have done to fix it. With my research, I've discovered many tricks which I'm happy to share...

Give it time - and a series of full charges
Many people who reported the worst battery life were on their first few days of having their new phone. Many people noticed that battery life significantly improved after 3 or 4 complete battery cycles (full charge down to dead and recharge). It's important to not give the phone a series of small charges.

Choice of home screen (launcher)
The launcher you use can have a huge impact on your batter life because it's the program that is running almost all the time. I didn't like Samsung's Touchwiz launcher at all, so I immediately switched to Launcher Pro because I've heard so much about it. Well, one person mentioned that switching from Launcher Pro to ADW gave a huge boost in batter life. I did it, and it was amazing! It was so much better (even when loading it up with all of the same widgets I had on Launcher Pro).

Maybe there is something I'm missing or maybe it's just a quirk with my phone, but I've heard of so many people that love Launcher Pro and it doesn't seem to affect their batter life. Give them both a try and see what works best for you.

Also, one feature of either of these home screens that I like is the "Keep persistent" feature which basically keeps the home screen from getting killed which could save battery by making it so it doesn't have to reload all of your icons and widgets every time you hit the home button. Instead, it's just there. Makes for a nice fluid experience, too.

Also, if you have widgets that you don't use, just remove them.

Download Juice Defender
This app is incredible! Just download it, turn it on and watch your batter life double in some cases! Basically, it manages your mobile data connection so that it turns off when the screen is off, but then turns on for one minutes every 15 minutes, but then keeps it on until the data traffic drops below a threshold.

From the same maker "Latedroid" is another app called Juice Plotter which is a pretty cool app that plots out your battery life on a chart to show what kinds of usages drain it the worst.

Monitor Your Apps
Watchdog is a great app that shows you the CPU and Memory usage of each app and will even alert you if an app is "misbehaving". It's great for pointing out apps that are using CPU when they shouldn't. When you find them, you can kill them, or you may want to uninstall them.

Auto Memory Manager
Advanced Task Killer is a very popular app, but I've read enough about the concept of task killers on newer versions of Android (since Froyo), that I've come to the conclusion that it is not a good idea and could actually decrease battery life.

Instead, I prefer Auto Memory Manager which is an app that does app killing but it seems to be much smarter about what types of apps are safer to kill, and the best part about it is that it is totally automatic and just takes care of app killing in the background when it's needed. I experienced a really good boost in battery life after installing it.

Power Control Widget
To me, this one is just so obvious, but I should mention it anyway. Put the "Power Control" widget on your home screen. Then, make sure you keep different features off when you're not using them... Wifi, Bluetooth, GPS. Any of these will drain your battery if left on when you don't need them.

The only exception can be with wifi. If you are out of a known wifi area, your wifi antennae will keep searching for a hot spot and drain your battery. However, if you are in a known wifi area, keep this on because data over wifi uses less power than data over 3G. (also, if you use Juice Defender, it automatically turns off your 3G when wifi is connected)

Automation with Tasker
I have only purchased a couple apps, but Tasker was one of them, and it is worth every penny. If you are the type that likes to program things and automate things, Tasker is invaluable. Because of Tasker, my phone greets me in the morning, turns on GPS only when I open apps that need it, presents me with a list of music apps when I plug in headphones, turns down the volume only when Angry Birds is open, and when my volume is all the way up, it audibly announces callers, tells me my calendar reminders, reads my texts. I know, I'm geeking out over this, but it's pretty awesome and addicting. Plus, the GPS feature along with many other automations can really help to increase your battery life.

Screen Brightness and Dark Wallpapers
Most Android phones will have the auto brightness setting which is the best because it will automatically turn your brightness down when in a dark room. I tried setting mine manually to a low setting, but then it was just too hard to see in daylight... not worth it.

Also, if you have a phone with an AMOLED screen, having dark or black in your background will save power. AMOLED screens only use electricity for a pixel when there is light to be displayed there, as opposed to LCD which is backlit and the pixels are simply covering the light.