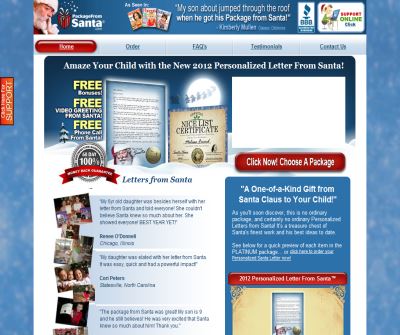 Stunning development.  This just in from the North Pole Gazette.

In a rare and almost unprecedented move - Santa Claus, Mrs. Claus, Rudolph and Arthur Honeytree (the Head Elf), after a brief, spontaneous, top secret meeting at an undisclosed location somewhere at the North Pole - released this statement.

â€œThis kind of behavior is inexcusable and as such, I have no choice but to remove these kids from my Nice List.â€ Santa said. â€œThese kids think that Iâ€™m only watching them in the weeks leading up to Christmas. But the truth is Iâ€™m watching them all year long. If you screw up in February, April or even June, Iâ€™ll know about it. Youâ€™ll be kicked out of all Santaâ€™s special programs. Youâ€™ll be removed from my Letter from Santa program, you will not receive your Nice List Certificateâ€¦ even Rudolph will dis you. Clearly we have to make an example out of these young teens. My letter from Santa program is my most popular and these kids are going to miss out.â€

â€œThe courts may have decided to treat these teens as adults, but theyâ€™re still kids as far as the North Pole is concerned.â€ Santa added.

As it turns out five of the eight kids barely made the Nice List last year. And one of the eight was already off the Nice List before this latest fiasco. Santa would not discuss this particular case however sighting privacy and confidentiality as well as liability reasons.

It is quite rare that Santa would issue the dreaded lifetime ban from Santaâ€™s Nice List. There have only been a couple dozen cases where such harsh punishment has been doled out by the big guy.

The most famous being Timmy Warchickles who posted Santaâ€™s personal cell phone number on his Myspace profile. Santaâ€™s North Pole communications center came to a screeching halt as Santaâ€™s phone was bombarded with more than 12 thousand people a second.

â€œThat kid is a menace to society.â€ Santa said at the time.

An Elf who wished to remain anonymous added, â€œEssentially Santa is the highest governing power at the North Pole.  The North Pole is not a democratic union.  Santa rules with a white glove. What he saysâ€™ goes. The United States government has no jurisdiction at the North Pole. Iâ€™m not complaining. We wouldnâ€™t have it any other way. We love Santa as much as all the kids do.â€

Rudolph could not be reached for comment, but Mrs. Claus defended the decision saying, â€œWe will not and can not tolerate this kind of behavior.â€

â€œItâ€™s really sad.â€ Mrs. Claus remarked. â€œThese kids donâ€™t realize what the long term consequences of their actions are. Once youâ€™re off Santaâ€™s Nice List, there are a lot of things you miss out on. These kids will not receive their personalized â€œLetter From Santaâ€; they will not get their official â€œNice List Certificateâ€; no autographed picture of Santa, no picture of Rudolphâ€¦ itâ€™s just a shame. We know that the highlight of Christmas for most kids is receiving a letter from Santa and the nice list certificate right before Christmas. They sure do sleep better knowing their on the nice list.â€

Arthur Honeytree, always the shameless self-promoter added, â€œThese kids are really going to be missing out this year because Santa has designed a whole new letterhead for his personalized letters from Santa. Even the Nice List certificate has been completely redesigned for 2008. These kids are going to be sorry. All the other kids are going to be walking around with their letter from Santa and showing off their nice list certificate and these kids will have nothing, notta, zip. Too BAD!â€

Donâ€™t forget kids, just because itâ€™s May or June, Santaâ€™s still watching. And if you hope to be on Santaâ€™s Nice List this year and you want Santa to send you a personalized letter, youâ€™d better be good for goodness sake.

Be sure to catch the full length feature story, along with in depth interviews, coming up in â€œSantaâ€™s Workshop Quarterly.â€

Other features in the nest issue of â€œSantaâ€™s Workshop Quarterly.â€

About the author: Alex Russell has performed extensive research in the arena of letters from Santa, and devotes much of his time to reviewing websites that offer services for Santa letters. Alex has earned the respect of many Christmas authority websites such as http://www.PackageFromSanta.com, for his highly regarded articles on such topics as â€œHow to Write a Letter from Santaâ€ and â€œThe Truth about Santa Letters.â€