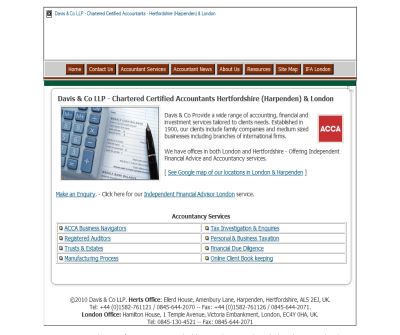 t's normal to feel frustrated, angry or even foolish when you lose money on your investments.  But what about guilt?

My portfolioâ€™s fall from its peak value in summer 2007 to a low in October 2008 represents a big loss for a 30-something private investor like me: at least a couple of years of after-tax income in cash terms.

1. Donâ€™t take it personally
The stock market doesnâ€™t know or care that I was saving money for a house, or what Iâ€™d given up. The world is a billion times bigger than our own investments, and our good or bad decisions. Market declines of 40% will leave anyoneâ€™s portfolio battered. A bear market is not your fault.

2. Accept declines are as inevitable as gains
I did very well from my investments between 2003 and 2007.
Iâ€™d estimate I doubled my money. And it would be naive of me to think that Iâ€™d found a rigged fruit machine that would spew out money in the good times then flash a red warning signal before the money stopped and the local muggers arrived to relieve my wallet.

According to Chris Dillow in a Januaryâ€™s Investorâ€™s Chronicle, the 32% inflation-adjusted fall in UK equities over 2008 was neither unusual nor surprising:

Letâ€™s put it another way. Before this year, the average real return on equities since 1900 was 5.3% a year, with a standard deviation of 20.1 percentage points. Which means our 32% loss is a 1.86 standard deviation event â€“ the sort of thing that should happen, if returns are normally distributed, 3.1% of the time.

No one would think that a freak event. So why should anyone think this yearâ€™s 32% real loss is? In terms of standard deviation, theyâ€™re the same thing.

The reason weâ€™re surprised by big falls is, of course, timescales. Over the long-term a 32% loss in a single year might be expected, but youâ€™d still only expect to encounter less than half-a-dozen instances in even a long-lived investorâ€™s lifetime. And by the time weâ€™ve understood the lesson, the good times have begun to roll again and weâ€™re tempted to dismiss the big falls as freak events.

3. Hindsight is the greatest investor
Back to my fruit machine and its red light. Perhaps you think you saw the red light flashing? A few people did.
Given my conviction that the housing market was over-valued, for instance, shouldnâ€™t I have seen that a debt boom had inflated company profits, so that even if shares looked reasonable value on a price-to-earnings basis, the earnings side of the equation was dangerously inflated?

Stocks were more expensive than they looked: surely I should have seen that?
Maybe, but beware hindsight. For instance, when I pointed friends to my post saying it was perfectly rational to take money out of Northern Rock, the UK bank that went bust in summer 2007, some said I was crazy.
They told me banks didnâ€™t go bust in Britain in the 21st Century. Itâ€™s only after 18 months of relentless bad news that such a view seems dumb.

What I should have done is diversified my portfolio better; in particular, I should have moved a portion into government bonds. Not because I could tell the market would fall and bond prices would rally, but because bonds looked reasonable value and I was massively exposed to stocks.

But why were bonds cheap? Because investors feared inflation. Remember the rice riots and the tortilla wars and oil at $145 a barrel? Would you have bought fixed interest on a 5-6% yield, with inflation approaching 5%? Most of us didnâ€™t, which is why gilts and US treasuries were available at what now looks a great price. This was before the financial crisis, and before the recession, remember. Again, beware hindsight.

4. If you can afford to, buy more shares
I wonâ€™t labour this point as Iâ€™ve written about the benefits of buying in bear markets several times in the past 12 months (see http://monevator.com).

The key here is that you will feel a lot less terrible when your shares are falling if you know youâ€™re also getting to buy good companies at great prices.

If I had moved more money into bonds back in summer 2007, Iâ€™d have been able to re-balance my portfolio again as the stock market fell, moving some money back over from bonds into equities at cheaper prices.
Such asset allocation is definitely on my â€˜to masterâ€™ list ready for when the next bull market gathers steam.

5. Treat it as a learning opportunity
Asset allocation isnâ€™t the only thing Iâ€™ve learned the value of in the past 12 months. Investors in this bear market might be hurting in our portfolios, but weâ€™re receiving priceless experience by virtue of our ringside seat in financial crisis.
Much as I am aware that hindsight is a great investor, I also think it can be a good teacher; I donâ€™t intend to make the same mistakes twice.

A few obvious lessons from the credit crisis:

Beware opaque products: Iâ€™m thinking of Bernie Madoffâ€™s hedge fund, or the apparently safe structured products from high street banks that depended on third-parties â€“ such as venerable Wall Street institutions - not going bust in order to honor their obligations.

Higher yield comes at a cost: Even higher interest rates on a simple savings account usually comes at a price, in terms of access or protection. Just ask investors in offshore banks that have gone bust who are still waiting to see if theyâ€™ll receive compensation.

Things can always get worse: In March 2008 people were already calling the credit crisis unprecedented, but the crisis got a lot worse as the year wore on. Iâ€™m relatively optimistic about the markets from these levels, but I concede the bear market could be far from over.

Donâ€™t let returns derail your strategy: I first invested money in order to build up a house deposit. This was already a risky strategy given that Iâ€™d need the money in the medium-term, but as the medium-term became the short-term it bordered on foolish. I should have taken a large portion out and put it into cash, instead of hanging on for even better returns.

The bottom line: Know why youâ€™re investing, and donâ€™t let gains as well as losses upset your path.
I believe you shouldnâ€™t feel guilty about feeling guilty when looking at your portfolio â€“ we humans are emotional creatures. But then close down your browser, turn off your PC, and take a walk until youâ€™re ready to invest with your head, not your heart.